Aliakbar Akbaritabar is a visiting PhD student from Allameh Tabatabaei University, Tehran, in LUSSI department of Telecom-Bretagne (Brest), one of the research centers part of the M@rsouin Network. His PhD thesis deals with Social Capital embedded in Online Social Networks. In order to analyze this “virtual social capital”, Aliakbar has developed an application (Social village) aiming at gathering data from Facebook/Google+ users’ account. You can see (and spread out !) English, French and Persian versions of the application here.

Aliakbar kindly gave us an interview in which he describes the purpose of his research and of his visit to LUSSI, one of the research centers part of the M@rsouin Network. 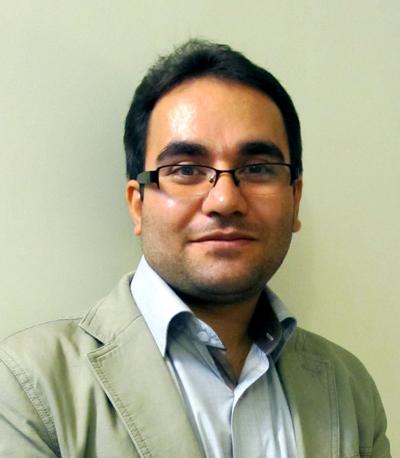 What is the subject of your PhD ?

The exact title of My PhD thesis is “Iranian’s Virtual Social Capital; Background Factors and Outcomes”. It is thus initially focused on the Iranian context, but according to my own interest and to the suggestion and help of my French supervisor - during my six month research visit in Telecom-Bretagne, Prof. Nicolas Jullien -, I translated my online application for social capital measurement, Social village, from Persian to English. We spent some time revising all questions and making the measurements more accurate, and then with great help of one of students in LUSSI department, Benjamin Agi, I was able to translate the application’s introduction, questions, scores and interpretations from English to French, in order to be able to compare social networking sites users’ social capital and other scores in these languages.

To what theoretical background do you refer when speaking of social capital ?

In my M.A and then PhD theses I have reviewed different social capital theories and also social network theoretical and methodological approach and based on my research problem and questions, I chose Nan Lin’s theory. So the theoretical apparatus that has been utilized in this application, is Nan Lin’s theory of Social Capital, that considers social capital as a collective asset that people possess by mobilizing their accessible and potential social capital. This accessible social capital is in a vast amount affected by person’s structural locations and positions in social network and his/her socio-economic status between his personal network’s members. But there is a process of capitalization: users can mobilize this potential social capital to reach their network members’ resources. After this mobilization process or so called capitalization, users who have successfully mobilized their potential capital will earn two different kinds of instrumental and expressive outcomes such as wealth, power and reputation (as examples of instrumental outcomes) and physical health, mental health and life satisfaction (as examples of expressive outcomes).

In addition to Lin’s model to measure social capital and its outcomes, I have also considered some other outcomes like fun, entertainment etc., that are specially associated with online social networking sites sphere and are specific to being a Netizen [1]. My main challenge was to conceive a way to operationalize and measure this Netizenship and to provide a score that could be comparable among different users from different nationalities and countries.

Your research is based on data collected through your application (social village) and through an online survey to which users answer when installing the application. How many users of Facebook and Google + do you expect to collect data from?

So far, in this almost three months we have near 500 users but that is not the number of users we expected to be able to attract in three months; and that is mainly because of the length of questionnaire and also because we didn’t have enough time to implement the interesting services we had planned to this first version of application. In current version users are able to see their scores and interpretations along with an interesting picture of their most relevant people in each of these two networks and then they can compare and share this picture on social media to spread the word about how much they are earning social support from their online friends. But in our next version users will be able to participate in a more challenging gamified social survey . I hope the next version will help our users’ number to grow much more faster and I expect to reach more than 1 thousand users soon after launching next version and also I hope to reach more than 10 thousand users after two years. Indeed I have planned to continue this line of research that I have been focused on since five years ago. 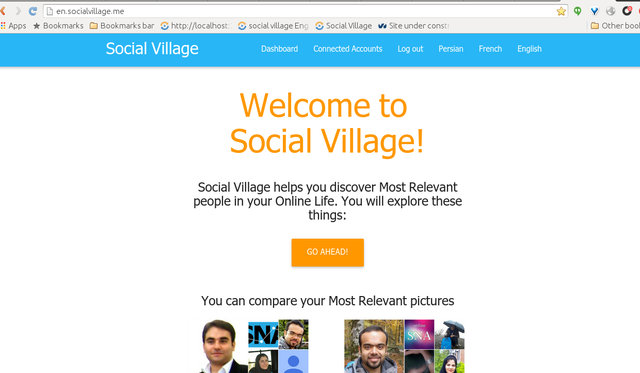 Have you conducted some in depth interviews with users on their uses of Facebook and Google plus and on the social benefits that it provides them ?

Not yet, I am sure that in depth interview is a suitable data gathering method that will let me reach more valuable data. So far I have tried to observe and study social networking sites’ users behavior in online sphere with two of the most promising and context-oriented methods (social network analysis and online social survey) and I have thought about conducting online interviews to remain in this sphere and not to separate users from where they prefer to spend time. I have aimed to contact exceptional users that changed my overall trend of data in an interesting way, but because I am now in the middle of data gathering process, I cannot make sure that it will be necessary to enrich my current data or not. There is a possibility of doing so after analyzing my data in the structural (SNA) and social survey phases.

According to your preliminary results, do you think Facebook and Google plus enlarge social capital ?

I cannot be sure in answering this question because so far I have analyzed some parts of the data not all of it. Based on these analysis I can say that there has been different users with various levels of social support they are gaining from their online social network, but I should wait more to be able to answer this question with more certainty.

Are you interested in Facebook and Google plus users in general, no matter which country, or more specifically in some countries (Iran, France, other) ?

The main boundary here is the language not the countries, I am trying to build a social capital measurement tool that will help different countries social networking sites’ users get more knowledge of their online life and be able to compare themselves with their friends and other users and I am not focused on just one country, we have tried to translate this tool to languages that are used much in social networks and I hope that there will be more translations of Social Village launched in near future. I have met two interested students who wanted to translate Social Village to Arabic and Chinese but these translations are not ready yet, and I would be more than happy to meet interested people to be able to translate to other languages as well.

Do you think there are specific ways to use Facebook and Google plus in Iran ?

Based on my observations and previous researches I should say yes. In my M.A thesis I studied more than 30 thousand users of two Iranian local online social networks. These networks were focused on students and professional experts. And also I have studied Iranian users of popular social networks like Facebook and Google plus. Every online social network based on its scenario and goals give some possibilities to users to interact or somehow be a netizen (network citizen) of that platform. Iranian users happened to use some of this social networks platform’s facilities in interesting ways that are even different from the first goals of network or general scenario; just as an example, I can refer to collective actions initiated by opposing groups of users by utilizing social surveillance tools in these networks in order to block and limit access and activities to other groups. I hope that with measures and questions I have embedded in Netizenship questionnaire, I would be able to study these usages comparatively.

Could you specify some of these original practices?

These networks give users opportunity to report for example Spam or unethical content like pornography, etc. But there is an interesting usage of this options by users (not the political or official figures) to oppose with each other: I have observed some practices like changing profile pictures or even deactivating their profiles temporarily in favor of some collective action.

How many people in Iran use Facebook and Google plus ?

There is no official and confirmed data about the number of Iranian users of Facebook or Google plus, it is stated in one research that there are near 30 million Facebook user profiles, but different sources has declared different figures ranging from 14 to 20 million users. But, a more promising source is the Internet users’ data that shows that there have been 42 million (53.3 percent of penetration in total population) people connected to the Internet by different means in 2012.

What do you expect from a visit in a French research center like LUSSI, in Télécom Bretagne ?

My main plan has been to have a chance to get scientific advice from LUSSI members about my research in order to make it more and more accurate and justifiable, scientifically speaking. Also, I am going to reach out to LUSSI’s valuable faculty members and students to ask their scientific advices in my data analysis phase. Because of the amount of data I am gathering, maybe I will use LUSSI’s computational facilities in my data analysis phase. I also hope to have a chance to work with LUSSI or Telecom Bretagne members and students on the services I have designed to be added to Social Village, especially the gamification of the application aiming at increasing its attractiveness for users. .

Do you intend developing projects (research projects, publication) with some members of Telecom Bretagne ?

Actually I hope so, it would be a great opportunity for me to use my previous research and work experience in a more well-known scientific sphere. I have been honored to have my supervisor’s valuable advices about my recent researches other than my PhD thesis and I am now working on them to send to scientific events and journals. I am happy to say that with his help and encouragement my PhD thesis methodological abstract has been accepted to be presented in Sunbelt 35th this June in Brighton that is the most well-known scientific event in SNA field and also my PhD thesis research has been accepted for 8th edition of the Summer Course, Methods and Applications of Personal Networks to be held at the UAB this July in Spain. Also me and Prof. Jullien have been working on different subjects along with my PhD research like Wikipedia users’ survey; I hope to have more chances to work with other LUSSI and Telecom Bretagne members in remaining time of my research visit.